A relationship, albeit murky, between LaRouche and the far-rightist Ekkehard Franke-Gricksch, described here as "a kind of German Willis Carto."

In WT they have some discussion of the German operations of the LaRouche network.

In other words Diagnosen Verlag in cooperation with CODE published works by Des Griffin, who is perhaps best known in American far right circles for his Fourth Reich of the Rich. (For the Wiki on Griffin, read here.)

Does Diagnosen Verlag "belong" to LaRouche? Did the NCLC publish far right conspiracy literature in Germany? From what I can tell the statement in Weltvershworungs-Theorien is wrong but the sentiment is right.

To get some clues, we must first turn to Ekkehard Franke-Gricksch. Ekkehard, it first must be noted, was the son of one of the most influential post-war German rightists named Alfred Franke-Gricksch. After World War II, Alfred helped lead the Bruderschaft, a group of top SS types until he mysteriously vanished in Berlin in the mid-1950s. He was known for his argument that the post-war far right should ally NOT with America but with Russia. (This all sounds out of a Robert Ludlum book, but Alfred Franke-Gricksch's history is detailed at length by Kurt Tauber in his classic Beyond Eagle and Swastika, a massive two volume tome and the best book in English ever written on the post-war German far right.)

Enough about Alfred. Now we turn to his son Ekkehard.

Summarizing from a German look at Ekkehard Franke-Gricksch and the background to Diagnosen Verlag/CODE (read here) we learn:

Ekkehard was the editor in chief of CODE [Confoderation organisch denkender Europaer  Confederation of Organic Thinking Europeans]. He used his publications to defend Holocaust Deniers such as Ernst Zundel. CODE also maintains strong ties to the Liberty Lobby. CODE first appeared in 1970 from the publisher Diagnosen Verlagen in the city of Leonberg in the state of Baden-Wurttemberg. At the end of the 1970s, CODE changed its name. It was now published as Diagnosen: Das zeitkritische Magazin. 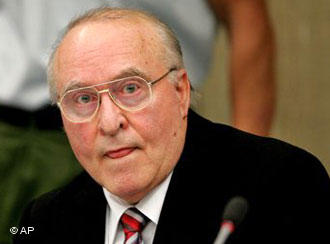 The new magazine published a lot of conspiracy theory along right-extremist lines. Jews and Freemasons were the causes of "moisten Ubel dieser Welt" ("most of the evils of this world"). Diagnosen was not a mimeographed sheet; it was a glossy and even circulated in the periodicals section of supermarkets.

Besides conspiracy mongering, Diagnosen also talked about medicine, health, "Naturkost" (I imagine "natural living") and nutrition issues. In short, it sounds much like The Spotlight, which also had long sections devoted to health issues. During this period of time, besides Ekkehard, a Prof. Dr. Julius Hackethal was listed on the paper's editorial board. In 1987 the paper again changed names and returned to the old name CODE. So the sequence is:

Yet it all put out by Diagnosen Verlag as publisher. It promoted historical revisionism and attacked anyone on the Left both in politics and culture. It openly supports both Zundel and Fred Leuchter. In CODE's 10-12 number from 1982 it ran a hoax first published in the early 1930s and after the war picked up by a Swiss far rightist conspiracy guy named Rene Sonderegger called in America Hitler's Secret Backers and published by OMNI in California. It purports to be the diary of the imaginary American Jewish banker named "Sidney Warburg" and to prove that the Jews financed Hitler's rise to power. Naturally CODE says it is not anti-Semitic but just anti-Zionist. Basically CODE was a kind of sister publication to The Spotlight.

Basically what is being said here is that in 1995 LaRouche took over the production of CODE from Ekkehard and turned it into his own mouthpiece. I think it says that the successor LaRouche publication was "Das andere deutsche Nachrichtenmagazin." It first began appearing in November 1995.

Ekkehard, in turn, offered subscribers to CODE who didnt want the new LaRouche version his in-house magazine Gesunde Medizin. In 1996 Ekkehard and Diagnosen Verlag promoted a new news magazine to its readers filled with conspiracy theory. This was a Swiss-based quarterly from "Memopress-Verlag" run by Emil Rahm from Hallau. For years Rahm had been ceaselessly warning everybody about the dangers of a "freemasonic/bolshevist/Zionist world conspiracy.

So whatever the exact sequence of events, it seems clear that LaRouche maintained very close ties to Ekkehard Franke-Gricksch, a kind of German Willis Carto. So, for example, in CODE no. 7 (1993), there appears a long LaR article entitled "The Scottish Rite: The Memorial/Monument ("Denkmal") of the Satanist Albert Pike." 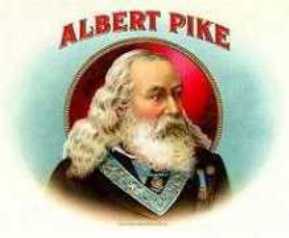 Bashed by Ludendorff, bashed by
LaRouche, bashed by Farrakhan.

They dont mention CODE by name but they say that Ekkehard published until June 1979 a journal called Gesunde Medizin. My guess, then, is that Ekkehard published in Germany two journals in the 1970s. The first was CODE and it began in 1970. (CODE may also have been the house journal of a group called the Confederation of Organic European Thinkers as well.)

Some time in the mid-1970s as the New Age movement took off and the anti-nuclear issues grew, he helped launch a new journal called Gesunde Medizin. This in turn also was part of Diagnosen Verlag. Be that as it may, in June 1979, Gesunde Medizin changes its name to Diagnosen. Perhaps what really happened is that Ekkehard decided to merge CODE and Gesunde Medizin into one larger journal and call it Diagnosen.

As for Gesunde Medizin, the publication carried subtitles as a magazine about "the Environment, Social Issues, Health." But not only did the title of the magazine change, so did its politics, swinging from Petra Kelly to Lyndon LaRouche. In November 1978, for example, Gesunde Medizin was strongly against nuclear power and thought it unsafe. Gesunde Medizin began with a large editorial board of some 13 names including high school teachers and medical professionals but inside of a year there were only two names left on its board: Ekkehard Franke-Gricksch and its editor Gunther Burkhardt.

Gesunde Medizin/CODE/Diagnosen apparently continued to support the Greens and Kelly until April 1983 when it began promoting LaRouche. Since that time the paper has been filled with LaRouche attacks as well as Holocaust denial stuff and conspiracy theories.

So for years in Germany Ekkehard Franke-Gricksch and LaRouche have been working together just as in Washington, LaR and Carto worked together. Interestingly Webster Tarpley, who spent years in Wiesbaden working for LaR (and who was presumably at least aware of Ekkehard Franke-Gricksch), now writes for the American Free Press, Cartos successor publication to The Spotlight, and his radio show has ads from Carto. 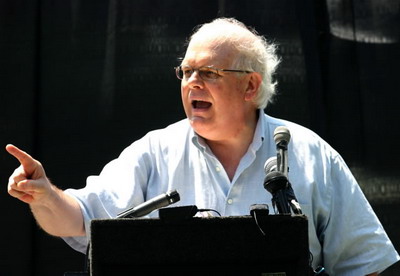 Note on UFOs and Wiesbaden

A final brief note from the book Weltverschworungs-Theorien. It reports on an organization named DUIST, the "Deutsche Ufo/Ifo-Studiengesellschaft" whose main office was also based in Wiesbaden.

According to Weltverschworungs-Theorien, the married couple named Veit who ran DUIST had close bonds both to CSU right-winger Otto Hapsburg and also to Werner von Braun. DUIST had many branches and connections in the USA and it was also part of the Hermann-Oberth-Gesellschaft in Hannover which got money from the German government. The Oberth Gesellschaft, in turn, also had good relations with the rocket firm OTRAG. As for Oberth, while he was an honored chairman of DUIST, he also was very active in the Nationaldemokratischen Partei Deutschlands (NPD) and was also close to the "Hilfskommitee Sudliches Afrika."

So at the time the NCLC/EAP was supporting former Nazi rocket scientists and working to collect information for South Africa against the ANC, both the EAP and DUIST were operating out of Wiesbaden. However I haven't seen either DUIST or the Oberth Gesellschaft connected in print to LaRouche. 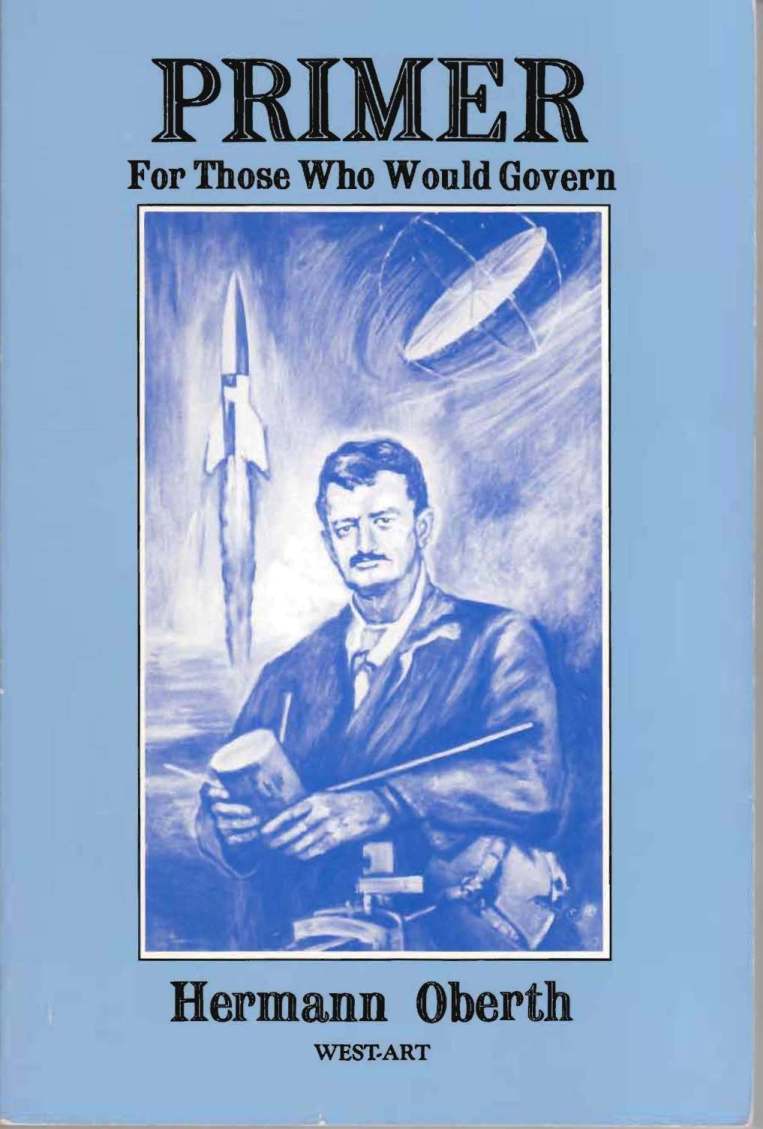