"In the USA, this [would be] like the local sheriff handing over the complaints and detective work to the KKK and telling the family of the lynched that there is nothing else to say or do." 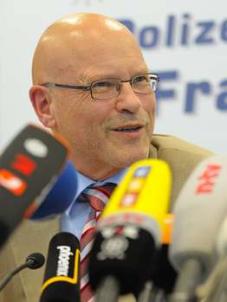 In a March 2010 statement announcing Lost Abroad (a documentary that chronicles Erica Duggan's efforts to find out what really caused the death of her son Jeremiah in 2003), the Justice for Jeremiah organization noted that the German response to vital evidence collected by Mrs. Duggan had been "merely to hand over [her] confidential files of witness statements to the very people in the LaRouche political cult whom [she] wants investigated. [She] was not even informed when this confidential material was handed over to Helga Zepp-LaRouche, head of the LaRouche Movement in Germany."

Justice for Jeremiah's description of what happened to Mrs Duggan's files triggered the following comments by ex-LaRouche followers on the Factnet message board (March 27):

This is absolutely revolting. It is like handing over the witness list to the mob. The cult or mob can intimidate, ship out, coach, fabricate alibis, coerce any one who remotely saw Jeremiah, met him, was present in the same flat as he was, was asked a question by security or happened to overhear something. I wonder if this explains why the Euro members left. Their history has been one of being manipulated by Lyn via Beyond Psych [ego stripping indoctrination methods--DK] and spilling their guts to this creep.

I keep on thinking what Lyn did to Paul Goldstein many years ago when he found out about certain marital issues. Paul Goldstein, who should have a hell of a story about the cult, scam artists, death squads and Lyn, has been a virtual angel to Lyn over the years. He would have enough material to fill up a few volumes.

Just the way this was done raises far more questions about the relationship between the cult and local or Federal law enforcement agencies in Germany. In the USA, this [would be] like the local sheriff handing over the complaints and detective work to the KKK and telling the family of the lynched that there is nothing else to say or do. Case closed. Even if there is nothing revealing, this is highly unethical. I have no knowledge of German law, but this is more the reason to investigate not just Jeremiah's time line, but what the German authorities involved were doing since the number of questions has just skyrocketed.

How do we know that the cult has not altered any docs or has edited and used them selectively in convincing interested parties of their view? You think that the cult has been honest in handing out trial transcripts to members or people they called up via that incestuous molesting monster Rev. Bevel for their ads trying to exonerate Lyn?

Consider if a local police investigator was called by the family of an elderly victim of our promissory note swindle. Instead of doing what he or she is paid and obligated to do, they not only declare that there is no crime, but hand over the results of other complaints, leads and personal info to the cult. The family figures that they can only go to costly civil litigation since the prosecutor or local office deems this a non-criminal case. Let us not forget that we flew people like Chuck P., Rick S. and Mike G. out of the country to Europe to keep them from being questioned in Boston. Michele's notebooks were a big part of the case against us.

We also now have to ask: how do we know that whatever Erica has received from the Germans is the entire lot or has not been altered, "corrected" or [caused to go] missing? We don't--which is why this is getting fishier and fishier as time goes on.

This really is what civil rights and human rights cases become when the dead are considered nobodies or a British Jew [is regarded as being] sent by Tavistock and Dick Cheney to stop Lyn from winning the 2004 Presidential election.

This is Recht und Ordnung. The same crazed quality--the cloud-cuckoo-land in which the Wiesbaden police hand over to Helga et al. the witness statements and witness lists--envelops the German "verdict" of "suicide."

The German authorities did not perform a full autopsy. They did not secure the death scene. They did not keep the witnesses there to take full statements. They did not do full forensic examinations of anything.

How exactly did they arrive at the conclusion of suicide?

One can imagine concluding that this young man had run into traffic and died accidentally, perhaps running in a panic to get away from someone.

That might, just might, be accidental death. (Although, if he were running from someone, that "someone" brings in the whole dark dimensionality of being hounded to death.)

What one cannot possibly imagine is a conclusion which attributes to the deceased a state of mind about which the Wiesbaden police could not possibly have known.

If someone jumps off an overpass, as Ken Kronberg did, one is entitled to infer state of mind and intent to commit suicide.

If someone runs into traffic, there is no possible basis for inferring anything about his state of mind, except that he was frightened.

Therefore, I conclude that the Wiesbaden police insistence to this day on their "finding" of "suicide" is an insistence on toeing the Labor Committee line. It is the Labor Committee who must have put that "theory" forward for the Wiesbaden police, from the beginning, bolstering it with such nonsense as Jeremiahs childhood Tavistock clinic attendance--which they found out about how? By holding him in isolation in a room and psychologically torturing him?

In other words, the suicide ruling is not the result of investigation or police work or anything of the sort. It's the result of what the Labor Committee members in Wiesbaden told the police.

Now, as I have mentioned before--when Ken Kronberg committed suicide, the Loudoun County Sheriff's Office performed a pretty thorough investigation, including going through the Kronberg house and taking away Ken's prescription medicines.

Including having the State Medical Examiner performing a full autopsy.

This was American police procedure for what was pretty clearly a suicide.

What on earth was the German police procedure for a mysterious situation in which there was no shred of evidence for suicide?

There WAS no police procedure. The whole thing was hokum, from start to finish.

As I said, if the German police had called it an accident, that most likely would have been false, but not so obviously so.

To call it a suicide, when there is no possible way the police could have known the state of Jeremiah's mind, except from the tales the Labor Committee told, immediately and irrevocably taints the German police investigation beyond possibility of repair.