Lyndon LaRouche's Executive Intelligence Review published three years ago a detailed account of his organization's collaboration in the mid-1980s with the unspeakably brutal Guatemalan Army and police. Entitled "The 1985 'Guatusa' Plan: Proving Narcoterrorism Can Be Defeated," the July 18, 2008 piece (read here) outlines public relations efforts that the LaRouchians undertook for the regime and how LaRouche associates accompanied a Guatemalan military delegation to the Pentagon to plead for further aid. The article also tells how two operatives from LaRouche's security staff, Herbert Quinde and Jeffrey Steinberg, accompanied Guatemalan Army troops on a "search-and-destroy mission" into the jungles of Petén department near the Belize border. 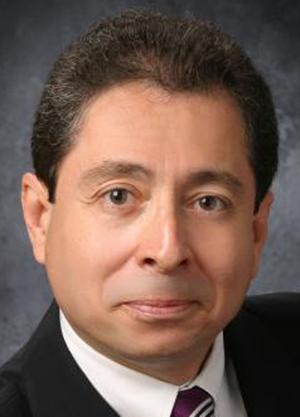 The curious alliance hinged on LaRouche's Orwellian reframing of the Guatemalan Army's war on leftist insurgents and indigenous Mayan villagers (200,000 killed and 40,000 to 50,000 "disappeared" between 1960 and 1996) as a struggle against "narco-terrorists," which could be marketed to the American public as part of the Reagan administration's War on Drugs.

LaRouche's followers produced a documentary film glorifying Guatemala's counterinsurgency efforts, which was shown on Guatemalan government TV; they also concocted a 109-page Special Report, "Soviet Unconventional Warfare in Ibero-America: The Case of Guatemala" (described as the result of "collaboration between LaRouche's EIR and Guatemalan sources"; i.e., between the LaRouchians and Guatemalan military intelligence). Then they encouraged the Guatemalans to launch the staged-to-impress-the-U.S. raid near the Belize border ("Operation Guatusa") by troops of Guatemala's Special Task Force COBRA which resulted (according to EIR) in the capture of a dozen prisoners for interrogation. The LaRouche magazine stated:

"Because of the sensitivity of the Guatemalan government to charges of human rights violations, it had decided to bring in eyewitnesses. Thus, Guatusa was carried out with a team of observers, including the two EIR journalists mentioned above [Quinde and Steinberg], as well as active duty and retired officers from the U.S. Army. The latter included one official who worked in the office of the Secretary of Defense.

"The observer team served two purposes: first to ensure the results were fairly reported, and two, to further cooperation between the parties involved." (Emphasis added.)

Let's get this straight: Herbert Quinde went on this outing to serve as a human rights observer??? The same Quinde who had participated on LaRouche's behalf in a half-dozen meetings in 1983 with Spanish security officials, advising them on setting up death squads, offering to find "professional killers" for them, and bringing along a French police official to provide the names and whereabouts of alleged Basque terror supporters in southern France so they could be kidnapped for rendition to Spain? (Read here.)

And speaking of names, I'd like to know the identities of the U.S. military observers--including the individual from Defense Secretary Caspar Weinberger's office--who participated in this dubious enterprise. It might reveal--among other things--that Quinde was already engaged in a bit of private networking, laying the groundwork for his success in the post-9/11 period selling anti-terrorist tracking software to the DOD, the CIA and the Department of Homeland Security on behalf of former CIA Deputy Director Bobby Ray Inman's software company, ETI.

I'd also like to know what happened to the prisoners bagged during Operation Guatusa after the observers all went home--and if the drugs seized ("estimated $50 million," according to EIR) were really destroyed. I mean, Quinde and Steinberg only got as far as the staging area--how would they know what really happened?

Return to document menu on Fanning the Flames in Guatemala