Once again, someone has sent me an excerpt from a Windy Hill Diatribe[FN 1] with Lyn expatiating on Shakespeare — an excerpt the sender identifies as being from the Diatribe of April 4 of this year. The sender has asked me if I would like to make comments. You betcha. 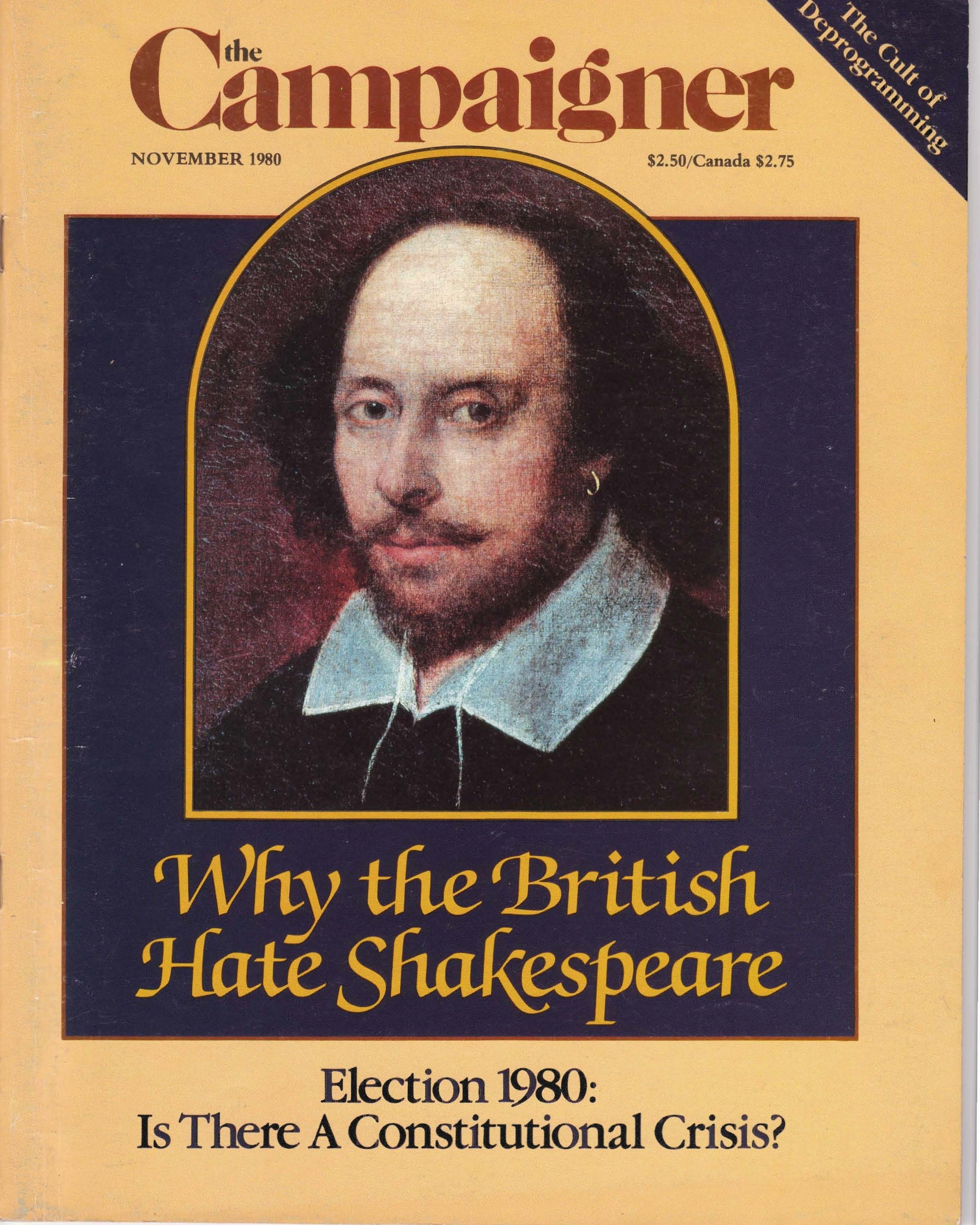 LaRouche keeps repeating himself ad infinitum. Twenty-nine years ago this issue of his theoretical magazine presented much of the same stuff about Shakespeare that LaRouche and his followers still purvey today.

Here's the excerpt, followed by my comments:

LYN: The same direction we're going in. Now, you see why I've been pushing things. Because the problem, whatever the characters — this character, that character did, the basic problem lies in the dynamics of the situation. So you're not waiting for an individual to make a successful move, or mistake. That's Cartesian thinking. You see the characteristic of the process. And you address the process, and you address it in concrete terms, which, as the poet does, conveys the sense of the process. As Shakespeare does — I mean, contrary what [sic] people think about Shakespeare, contrary to the thing about tragedy, which is what most taught ideas of tragedy are completely crap. They're nonsense. And they're taught in universities: "the individual tragic figure in history." Bull****! Doesn't exist! There's no individual tragic figure in history. There's a tragic population! There's a tragic culture! There's a culture which is doomed by its own characteristics! And no matter what the leading individuals in that culture do, the culture is doomed! It will not survive, it's going down.

You know, Shakespeare, at the end of his career as a writer, was faced, when the accession of James I occurred, Shakespeare had lost every opportunity to continue to function as the great poet and statesman of England. Because the followers and accomplices of Paolo Sarpi[FN 2] had taken over. In the last years of his life, Shakespeare was able to do nothing!, except in private conversation, and even that was limited. So, he turned to a series of things, including Hamlet and the various Scottish, English, Irish events, subjects, Saxon England so forth. He went back to the mystical, misty areas of pre-Norman Conquest England, and showed why the Saxon culture was doomed: Not by external forces, by its own internal character. It was unfit to live! Which is a subject that Shakespeare dealt with a lot earlier, as in the case of England. Because the whole history of England, which implicitly from Shakespeare's view probably started from Henry VII, around Henry VII, and there were people who understood the problem which Henry VII's regime had to solve. And what happened with Henry VIII's succession was everything went to crap. But, then, you look at the history of England by Shakespeare, which implicitly reflects back to Henry VII and deals with other questions, such as Julius Caesar, Roman Empire question and things of that sort, which is a very traumatic thing in history, this is not an "event," this is not a "story" about something that "happened in this time," where a certain character "caused" all this to happen or another character could have made it could have it come out differently. Bunk! 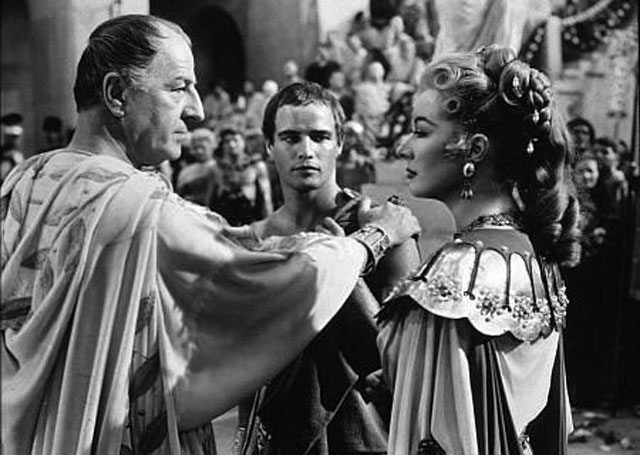 "Julius Caesar, Roman Empire question, things of that sort..."? Sounds to us like a Paris Hilton answer to a high school midterm exam question.

As you should know history today, living history today, the rottenness of this culture lies in the people, and in institutions. This is a rotten culture! The whole generation believes in green! They're all stupid! They're against nuclear energy, they're stupid! They're corrupt! They're morally rotten! Because there's no truth in what they believe, when the truth is accessible by modern standards. They're corrupt! They're rotten! And the rottenness does not always lie in themselves. It lies in what's considered "public opinion" — or what's sometimes "public opinion": Everybody's screwing everybody...

And that's where we are. This culture's rotten! The people in it are not fit to survive, by the standards of what's required of a people which could survive. Therefore, you have to change that. You have to change the dynamic in the population. As Shakespeare understood when he devoted his last plays to hopeless causes, right? Like the Danes of Hamlet. The Saxon plays, the Scottish plays, hopeless situations. A culture which was not morally fit to survive. And the domination of that culture by certain types of figures, reflected by the unfitness of the people over whom they ruled, to survive.

1. Shakespeare after the accession of James I lost the freedom of action, or whatever, to "function as the great poet and statesman of England"? Lyn is simply illiterate. After the accession of James I in 1603, Shakespeare produced the following plays (years given are the years of first performance, which is the closest we can come to knowing precisely when they were written):

Who knows what Lyn is referring to when he talks about "statesman"? Except his persistent conviction that all great art is really about...politics. Talk about Proletkult!

3. So, Shakespeare "turned to a series of things, including Hamlet"...? That is to say, he couldn't function as a great poet or statesman, so he was forced to write that wheezy old potboiler, Hamlet. Crikey, what a comedown from Titus Andronicus and Merry Wives of Windsor.

4. Shakespeare also turned to..."the various Scottish, English, Irish events, subjects, Saxon England so forth," going back "to the mystical, misty areas of pre-Norman Conquest England" to show "why the Saxon culture was doomed"?

Um, what Saxon plays? As is so often the case, Lyn is confused. He means Celtic Britain, not Saxon England. There isn't a single Shakespeare play set in the Anglo-Saxon period (roughly 5th century A.D. to 1066).

As to the "mystical, misty areas of pre-Norman Conquest England," Lyn has mistaken the Anglo-Saxon era for that of pre-Roman Conquest Britain. The story of King Lear (Leir, Lyr) is told in Geoffrey of Monmouth's History of the Kings of Britain, published in the mid-1100s, and is derived from Welsh (= Celtic British) tradition. The story of Cymbeline as Shakespeare adopted it is told in Raphael Holinsheds Chronicles. Cymbeline also figures in Geoffrey of Monmouth. There was, of course, a Celtic (British) king or warlord named Cunobelinus whose rule seems to have commenced about A.D. 9, judging from the coins he minted. 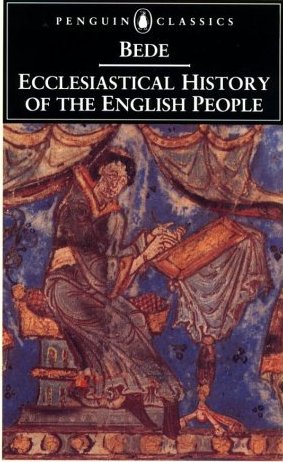 Oh, and by the way — the centuries of Anglo-Saxon ascendancy before the Norman Conquest are by no means "mystical, misty" to modern scholars although apparently "misty" in Lyn's mind. In the Anglo-Saxon period, an extraordinary amount of history was written, from the Venerable Bedes History of the English Church and People, c. 731 (also translated as The Ecclesiastical History of the English People) to the Anglo-Saxon Chronicle begun by King Alfred the Great in the 9th century. Not to mention St. Anselm, Archbishop of Canterbury (1033-1109), one of the Great Doctors of the Church. Or Alcuin of York (c 730/740-804), the leading scholar at Charlemagne's court. Or St. Boniface (672-754).

Lyn may not know anything about the "Saxon" period, but he thinks he does. To him, that's almost as good.

5 "The whole history of England...implicitly from Shakespeare's view probably started from Henry VII, around Henry VII"...? Say wha? Henry VII, the first Tudor King, took the throne after the Battle of Bosworth Field in 1485, having defeated some guy that Shakespeare evidently never heard of, some guy named, uh, it's on the tip of my tongue — Oh yeah, I remember. Some guy called Richard III.

Finally, we see Lyn come to his peroration — the Danes, the "Saxons," the Scots, the Romans, whatever — all corrupt! All morally unfit to survive! All disgusting, bestial, immoral, rotten!

Hmm. That's the best the greatest mind of the millennium can do? He makes Timon of Athens look like Norman Vincent Peale.

(Opinions expressed below may differ from those of eaglebeak.)

[1] LaRouche resides at Windy Hill Farm in the town of Round Hill (Loudoun County), Virginia where his followers frequently gather to listen to his rambling extemporaneous talks. The transcripts of these talks often appear — unedited and unexpurgated — in the daily morning briefings sent out from the cult's nearby Leesburg, Virginia headquarters to members nationwide and worldwide.

[2] Paolo Sarpi (1552-1623) was an important scholar, scientist, Catholic theologian and statesman of the late Renaissance. LaRouche reviles him because he was a Venetian (a word that to LaRouche is redolent of The Merchant of Venice, Shylock, and the supposed Venetian "virus" — get it?); and because Venice was supposedly the headquarters of the folks LaRouche calls the "oligarchs" before they moved west (as LaRouche claims) to become the "Anglo-Dutch" (Anglo as in Rothschild, Disraeli and the City of London merchant bankers; Dutch as in Amsterdam, Spinoza, Anne Frank and the diamond exchange...with Royal Dutch Shell thrown in for good measure).

LaRouche would also hate Sarpi (if he really knew anything about him beyond the name of the city where he lived) because Sarpi was a defender of the Jews (and a proponent of religious tolerance in general) who argued courageously that the Inquisition should have no jurisdiction over the Marranos (Jewish converts to Christianity) because their conversions had been forced on them against their will.

Today's scholars regard Sarpi as one of the more enlightened figures of his time and not at all as the demonic reactionary of LaRouche's imagination. But LaRouche can feel justified in ignoring all those pesky scholars — including even the ones who've spent their entire lives studying the Renaissance and Reformation and who've actually read Sarpi's voluminous writings — because he (LaRouche) is armed with the Hypothesis of the Higher Hypothesis: a mysterious ("mystical, misty"?) method that supposedly enables him to transcend the need for empirical ("nominalist," "materialist," "swinish Baconian," Jewish) research.